THE POWER OF CAMP: Designing Programs for Maximum Fun 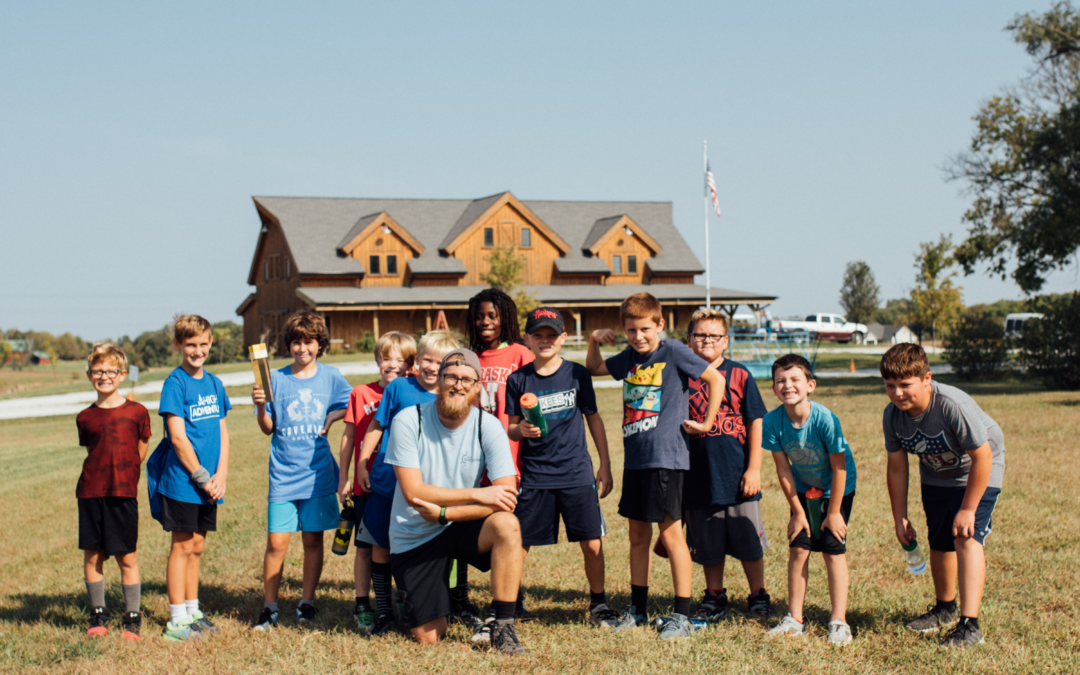 The number one question I get asked through out the year at camp (Aug. – May) is this: “So… what do you do all day? You have the school season off, right?” As much as that makes sense to ask, it’s just not true: my day is as full as the next guy’s!

Whenever I get asked that question I tend to relate it to something almost everyone around here knows a bit about, and that’s farming. An idle farmer in the winter and spring makes for a smaller yield and less successful harvest in the fall. The same can be said for camping ministry.

A big part of the fall/winter/spring season, that I thoroughly enjoy, is designing camp’s programs. Our programs are the daily experiences for your kids; it’s the fun of what we do!

My role in designing those programs is making sure that your son or daughter will walk away having had the most fun they could’ve possibly had.

The top three things that I use to maximize the fun in designing a program are brainstorming, thinking of big ideas, and thinking like a kid. 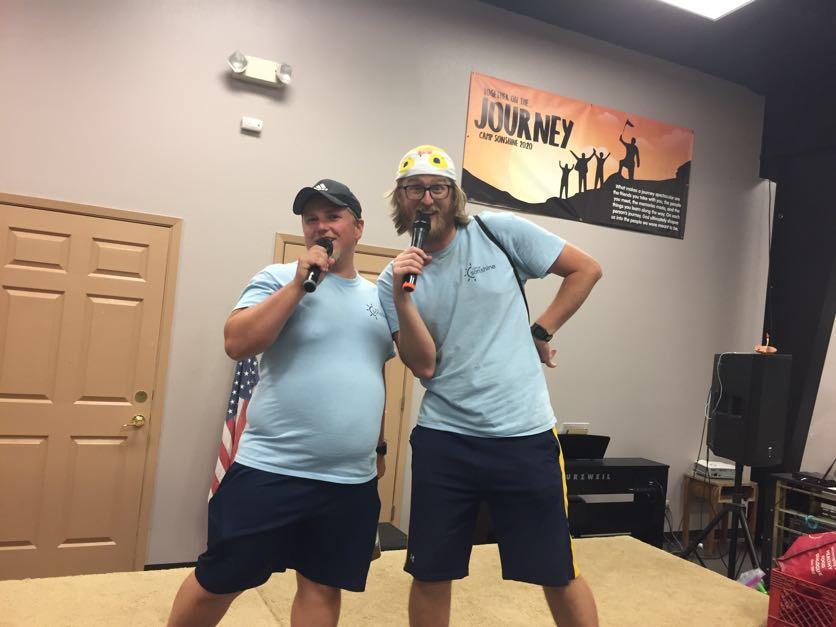 I think everyone understands how to brainstorm. People brainstorm all the time, and sometimes without thinking about it. We brainstorm places to eat out, what to buy as a gift for someone or ways to solve a problem we’re facing.

When I brainstorm, instead of looking at ways just to do something at camp, I try to think of how we can be better. If we play tag, how can it be better? If we’re walking from one place to another, how can that be more fun? Any and all ideas are on the table in a brainstorm but the ones we use are the ones that make camp better.

Speaking of ideas, I tend to think about what could be rather than what already is. I like to stretch beyond what we already do and think of the potential of what a program could be.

The biggest example of this at camp, in my experience, is when we built the Aerial Park at Solaris. We wanted an environment where kids could step out of their comfort zone and do things beyond what they thought they were capable of. We thought: “what would be a big idea?” Boy did we go big, 30-feet-tall kind of big!

It took a lot of work and research to get the Aerial Park just the way we wanted it, but now it can be used as a fun adventure and a great teaching tool for kids to stretch themselves. All while having a ton of fun! 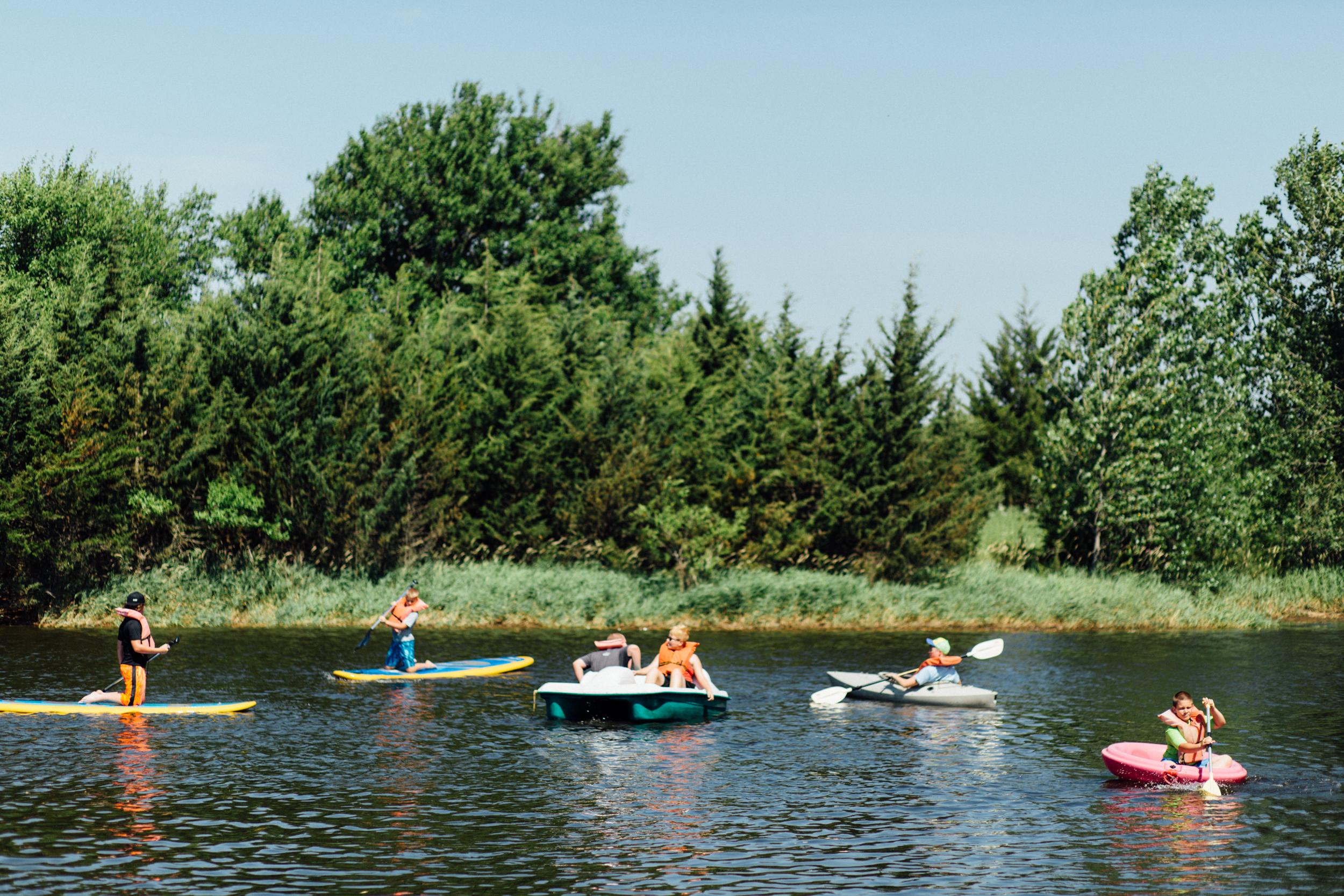 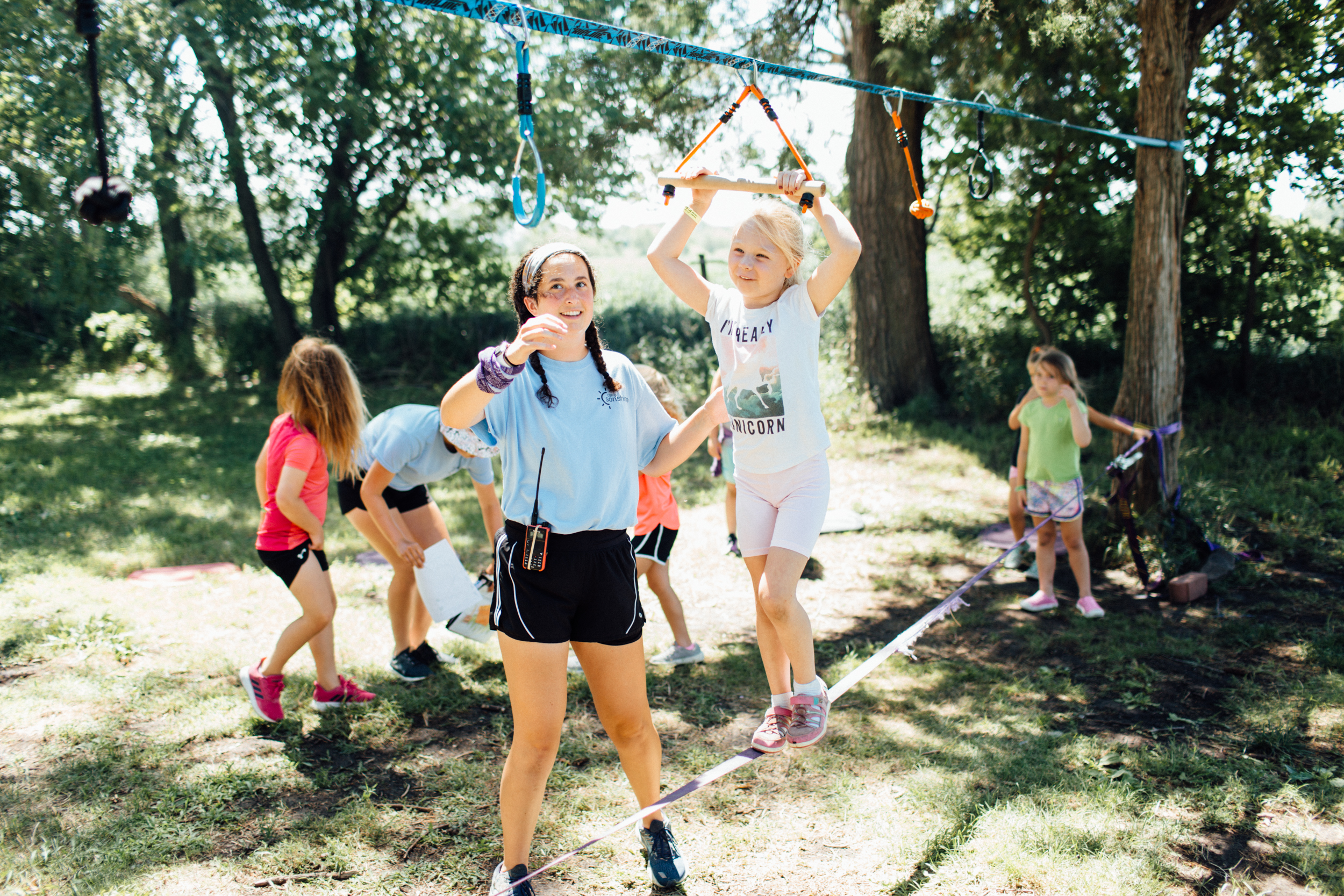 Lastly, the best thing I can do while designing a program that’s made for kids is to think like a kid myself. Oftentimes while programming I wonder, ‘What would 9 year old Kyle like? What would he get excited about? What would make him smile?” That leads me to plan things kids want to do!

One of the things we do here at camp to spice up the week is Wacky Wednesday. It’s an intentionally themed day in the middle of the week to allow our kids to bring the creativity to camp.

When I was planning those, I was more than 20 years older than the kids that would come to camp. My idea of wacky is wearing socks with sandals or mixing blues with browns in my outfit; a shocker I know! When I was nine years old, tie-dying various clothing items was cool, but so was wearing camouflage pants.

Getting into the mind of a nine year old, I thought it would be cool to see what kind of crazy camo or tie-dye things kids would bring to camp on one of our Wacky Wednesdays. They did not disappoint! One person even showed up to camp in a ghillie suit, a head-to-toe camo suit that looked like they were a Sasquatch! It was awesome! I never would’ve thought of that, but that kid did and that’s the kind of creativity I wanted to tap into.

So the next time you’re trying to take your program to the next level of fun, think about these three things. How can a critical thinking brainstorm help me find a dynamite idea? What’s a big idea that seems impossible to even do? What would my nine year old self love to do? You’ll be surprised with the results and hopefully you have the most fun you’ve ever had!

Kyle was born and raised in the great state of Minnesota. “Go Vikings!”- Kyle. He’s married to Lauren, and together they have one son, Jack! Sometimes we call Kyle a human jukebox because he’s always singing whatever song is on his heart or mind. Kyle loves learning how to make all kinds of food, is a fan of most sports (he’s even dabbled in being a basketball coach), and loves movies like The Lord of the Rings!