Camp Sonshine offers a unique environment for families to experience the love of God through innovative programs, fun activities, and genuine relationships with committed and loving, Christian role models.

“Have a vision so big that unless God intervenes it will fail.” These were the words that motivated the founding directors to start camp. The vision of Camp Sonshine, Nebraska is the result of Jeff & Trisha Keiser seeking God’s heart in how He desired to use their strengths and experiences.

The couple’s call to fulltime children’s ministry began during their college years and continued as they married and moved to Maryland to serve at Camp Sonshine together. After having spent a combined total of 10 years on staff at Camp Sonshine in Maryland, and having seen many lives transformed, they felt led to extend the impact of that day camp ministry to the growing number of families in and around Lincoln, Nebraska.

In September of 2006, the Keiser family stepped out of the boat and moved to Nebraska.

Summer of 2007. After nearly ten months of planning and preparation, Camp Sonshine, Nebraska opened its doors to its very first campers on July 9, 2007.

Four weeks of camp were offered the first summer and by the end of those weeks well over 100 children had experienced the love of God through the staff and volunteers serving at Camp Sonshine. 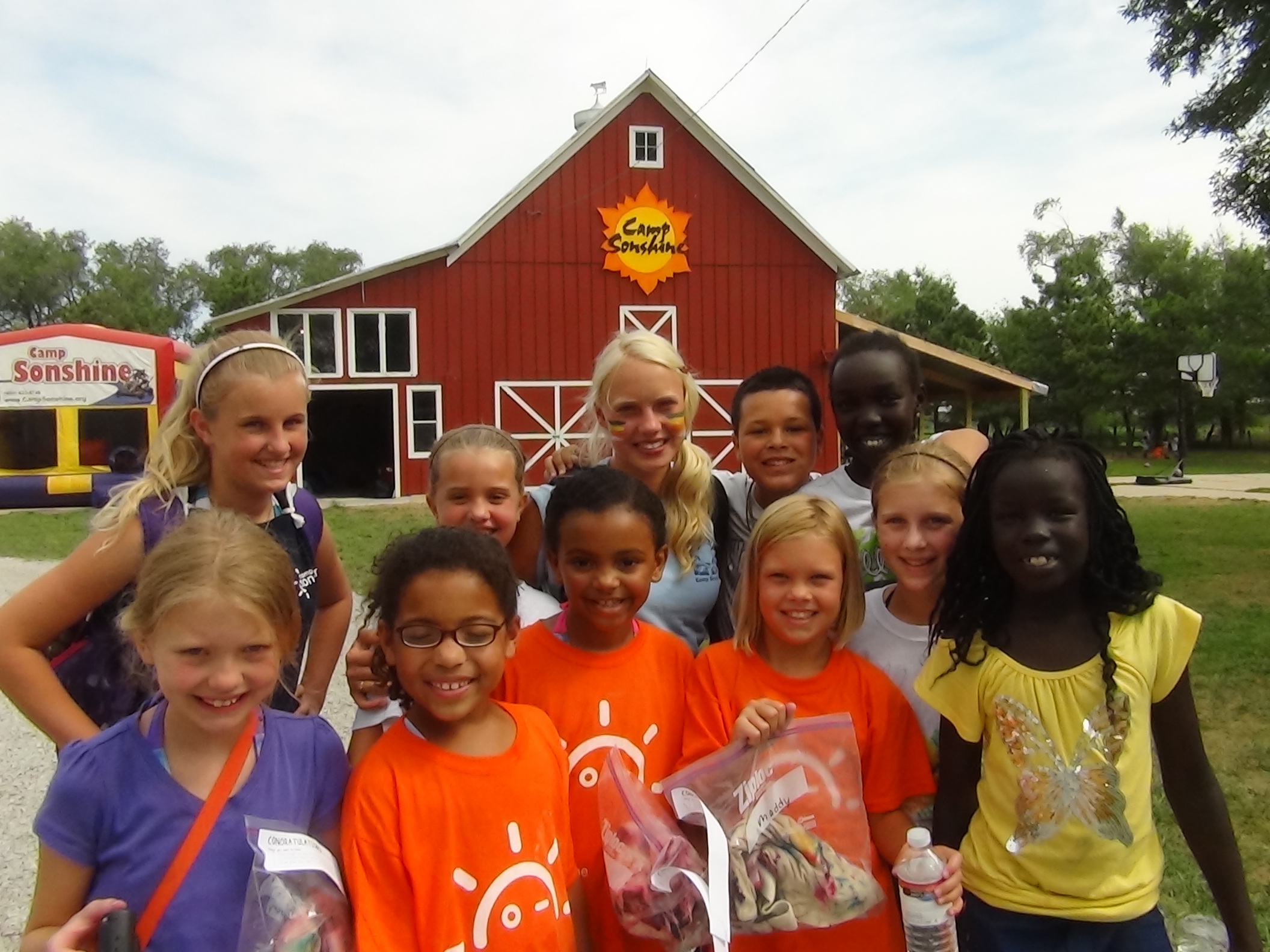 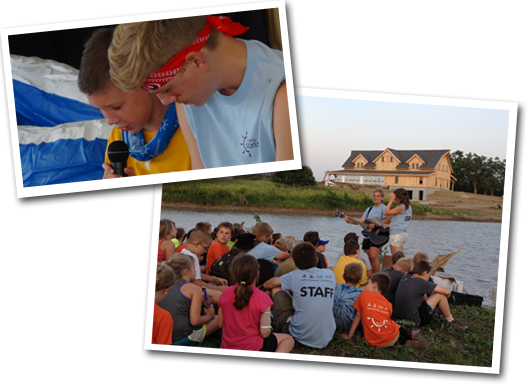 Campers are put into groups led by a counselor who are engaged and actively involved all day. Counselors take on being responsible to direct play and be playful themselves. When the counselor is fully involved in the activities and conversations within the group, any notion of undesired behavior is addressed right away. This leads to an environment free of bullying and worry for all!

In today’s world, it’s sometimes tough for a kid to be a kid and it is important for us to provide them with a safe and accepting place to do that. As we are created by God and in his image, we also believe that part of that image is evident in that children have a desire and ability to create. Imagination unlocks the door to creativity and allows children to hope and to dream.

We are also made to be relational beings. Because of that, everything we do at Camp Sonshine revolves around building relationships with others. Each group is a small community (or family) that build relationships with each other starting the minute they arrive and all week long. It’s the active connection that builds trust and allows for counselors and campers to talk about God in ways that relates to them! Plus, building these relational skills translates to all areas of life!

Buying into and living out the core values of Camp Sonshine is not something that we hope our staff members will just accidently fall into.  While certain values may manifest themselves more naturally in different people at different times, we recognize that adhering to these values and allowing them to formulate a grid by which to filter all actions and decisions is a choice that each person has to make on a daily basis.

Although our programs are designed for the children and teens who attend camp, our desire is to minister to the entire family as well as to the various individuals who comprise the greater camp community.  Each person has value because they are created and loved by God and as such will always find a place where they are accepted and belong.  Everything we do is designed to create or maintain a community where the love of God is experienced by all.

We want to see each camper and staff member become more of who God created them to be and to promote positive growth in all arenas of life: physical, emotional, social, spiritual, and intellectual.  In order for those who are connected with camp to leave more in line with God’s plan for their life than when they arrived, it is imperative for all to live with a heart of teachability and openness to the lessons and challenges presented to us.

God is always up to something good regardless of the circumstances we face.  We believe the best about others and what God is up to all around us.  This belief provides the foundation for the positivity that permeates our community through our attitudes and actions.

We seek to offer unbelievably amazing customer service.  We believe that through exceeding expectations, our ministry to staff and families will be enhanced.  We do not settle for the minimum standard, but with hearts of selflessness and servant leadership pursue the flourishing of our community and the benefits of its members regardless of the cost.

The organization of Camp Sonshine will be the central hub to a variety of ministry programs.  The core ministry activity will be the summer camp programs offered for 10 weeks during the summer and will serve 5-18 year old youth.  These programs will be focused on the campers but will also be used as a place to develop student leadership and for hands-on training of the staff members interested in youth ministry or teaching.

Camp Sonshine’s reputation as a professional and effective family ministry will fuel the demand for year round activities such as camper reunions, birthday parties, spring/fall family cookouts or campouts, hosting of church picnics & retreats, short-term missions opportunities, after school programs, and consulting/training for other children and youth ministries.

As Camp Sonshine’s facilities increase, so will its ability to host conferences, retreats, seminars, ministry trainings, and to serve as a resource to various local ministries and user groups.  Ultimately, Camp Sonshine will become replicated in a variety of contexts and locations all around the world.